Complex metabolic syndromes such as obesity are caused by interactions between an individual’s genetic predisposition and the nutritional and physical environment. Although studies have shown that nutritional status during development can ‘permanently’ alter an individual’s susceptibility to developing obesity and related metabolic disorders in later life, very little is known about the biological mechanisms and genes that cause these ‘epigenetic’ changes in predisposition for the development of diseases such as obesity and diabetes.

To identify potential ‘epigenetic’ contributions to obesity, we have characterized an inbred mouse strain that gives rise to large variations in bodyweight among individuals when fed a high fat diet and reared in a controlled environment. Analyses of gene expression in adipose tissue of these mice identified a number of genes that were associated with variations in the development of obesity among individuals. These included imprinted genes, developmental genes; and, genes related to molecular signaling cascades, angiogenesis, vascularization and cytoskeletal organization. Because individual mice within our inbred mouse population are essentially ‘genetically identical’, we hypothesize that epigenetic mechanisms must underlie the regulation of some of the genes, or gene pathways associated with the development of obesity in this model. Our goal is to identify the epigenetic mechanism(s) that regulate the development of obesity and related metabolic disease in mice.

Our studies will unravel novel biological mechanisms associated with variations of adiposity in the absence of genetic variation and identify pathways that can be evaluated as therapeutic targets for the treatment of human obesity and related diseases. 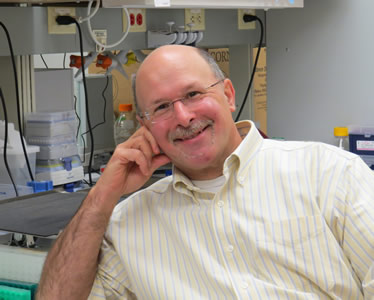