I am currently in finishing up my first year in the GSBSE program. I am originally from Hull, Massachusetts and studied biology at Brandeis University. At Brandeis I was mentored by Dr. Nelson Lau and I investigated PIWI-interacting RNA (piRNAs) biogenesis. Additionally, I served as a summer research fellow and later a research assistant in the laboratory of Dr. Ralph Isberg at Tufts School of Medicine, where I studied Legionella pneumophila and Yersina pseudotuberculosis pathogenesis. My research interests include the molecular mechanisms of how the microenvironment influences processes such as: wound repair, regeneration and the progression of cancer.

First Rotation: I rotated with Dr. Vicki Losick at Mount Desert Island Biological Laboratory (MDIBL), where my project was focused on adopting Drosophila melanogaster as a model for age-related macular degeneration (AMD), the number one cause of blindness for individuals over 50 years of age. The early stages of AMD are characterized by the compromised integrity of the retinal pigment epithelium (RPE) and the presence of cellular hypertrophy and multinucleation. Although some genes have been associated with the disruption of the RPE in mammals, how and why multinucleated cells arise and contribute to AMD is largely unknown. Drosophila orthologs of human genes linked to AMD were knocked down using RNAi and epithelial integrity between young and aged Drosophila were characterized.

Second Rotation: I stayed on at MDIBL to work with Dr. Voot Yin on cardiac regeneration in Danio rerio. Injuries such as myocardial infarctions to mammalian hearts often leads to a permanent reduction of function due to their heart’s limited ability to regenerate muscle, however Danio rerio have remarkable regenerative abilities and are able to fully restore function of their hearts when up to 40% of their heart is removed or injured. My project in the Yin lab focused on characterizing the role of a micro RNA (miRNA) in cardiac regeneration in Danio rerio via histological methods and manipulating the levels of this miRNA.

Third Rotation: For my third and final rotation, I am working with Dr. Michaela Reagan at Maine Medical Center Research Institute (MMCRI) studying the contributions of the microenvironment on multiple myeloma (MM) progression. Multiple Myleoma is a cancer of the plasma cells and according to the American Cancer Society, it is expected that 12,770 people will succumb to this disease in 2018 alone. Multiple myeloma is unique in that it relies on the bone marrow niche to survive until the very latter stages of the disease, making it crucial to understand the interactions between MM and the surrounding cell types in the bone marrow niche. A 3D silk scaffold cell culture model will be used to understand how bone marrow adipose tissue influences MM metabolism and how this relates to resistance to current chemotherapies in the clinic.
Due to the fact I would like to pursue a more academic route in my career, the GSBSE program gave me the opportunity to work with Dr. Lucy Liaw, Dr. Robert Koza and Elizabeth Bergst at MMCRI, to design and execute workshops geared towards undergraduates that not only stress the skills necessary for the traditional scientific research but also career development. 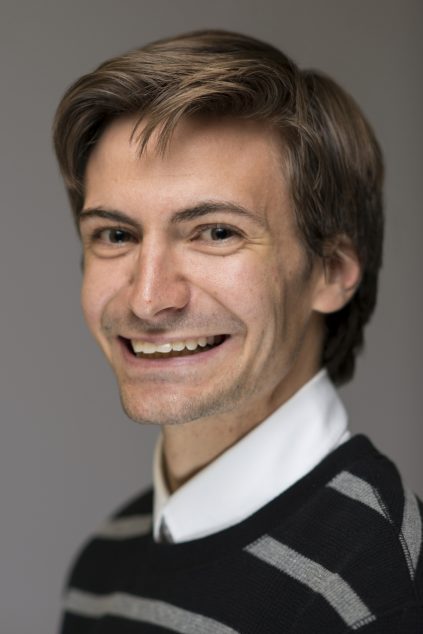