Our primary research is focused on understanding differences in how the left and right cerebral hemispheres derive meaning from the linguistic input. Although language is in large part accomplished by the left hemisphere, there is increasing evidence that the right hemisphere also contributes to certain aspects of linguistic processing. This is particularly true in the area of semantic processing. Much of our work has been concerned with the role of the cerebral hemispheres in using sentence context information, especially as it relates to understanding indeterminacy in language, as seen when processing semantic ambiguity (e.g., bark: the sound of a dog or the outer layer of a tree) and syntactic ambiguity (e.g., I saw the man with the binoculars). Findings from our research suggest that left hemisphere brain structures are important for performing meaning selection whereas right hemisphere structures are critical for computing alternative, sometimes less frequent interpretations.

A second line of research is focused on how age-related changes in the brain impact language comprehension. To date, few age-related language declines, other than word finding difficulty, have been documented. In fact, vocabulary size and word knowledge can increase into adulthood. Despite the apparent persistence of some language functions with aging, recent research indicates that higher-level language abilities, such as integrating individual word meanings into the overall sentence meaning, are vulnerable to age-related decline. To address this issue, we are using a combination of brain imaging techniques to investigate which language-related brain areas are most affected by aging and whether there is a slowing in the way word- and sentence-level information are processed as we age. The ultimate goal of this research is to develop language-based interventions to potentially ward off early cognitive decline or dementia. 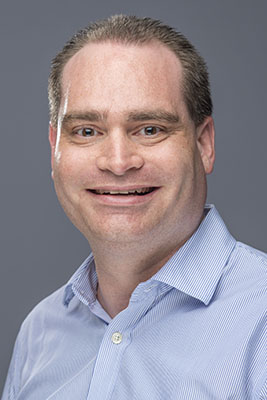